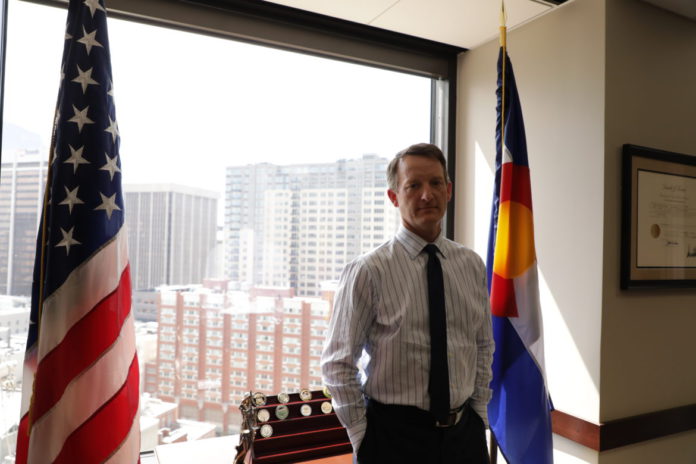 U.S. Attorney Jason Dunn officially announced today that he has submitted his resignation to President Joe Biden, effective midnight Feb. 28. It is customary for U.S. attorneys to vacate their offices with the change of a presidential administration.

Beginning March 1, the office will be led by Acting U.S. Attorney Matthew Kirsch, who currently serves as the first assistant U.S. Attorney.

Dunn was nominated in June 2018 by President Donald Trump. Prior to serving as U.S. attorney, Dunn was a shareholder at Brownstein Hyatt Farber Schreck where he served as chair of the firm’s political and regulatory law practice group and its state attorneys general practice group.

“Serving as United States Attorney has been the greatest honor of my professional life,” Dunn said in a public letter. As highlighted in the letter, Dunn established a multi-agency task force focused on addressing gun violence, brought domestic terrorism charges against a man accused of bombing a synagogue in Colorado Springs and joined other federal prosecutors in bringing charges against Walmart pharmacies alleging Controlled Substances Act violations in relation to the opioid epidemic during his time in the office.

U.S. senators Michael Bennet and John Hickenlooper have made three recommendations for Dunn’s successor, though Biden has not yet put forward a nomination for the position.

Bar Associations Push for Equity in Wake of Scandal