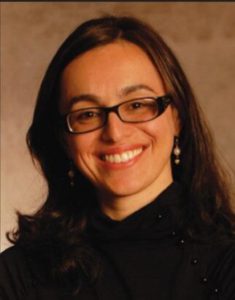 President Joe Biden announced Wednesday that he has nominated Veronica Rossman, a veteran criminal defense lawyer from Denver, to the 10th U.S. Circuit Court of Appeals.

Rossman, 48, is senior counsel to the Office of the Federal Public Defender for the districts of Colorado and Wyoming. Earlier in her career she was a law clerk to Nevada Supreme Court Chief Justice William Maupin, an associate at Morrison & Foerster in Washington, D.C., and Denver, and a staff attorney for the U.S. 9th Circuit Court of Appeals.

She has previously served as a visiting assistant professor at the University of Denver Sturm College of Law, where she taught appellate advocacy, civil procedure and legal writing, and on the Faculty of Federal Advocates. Rossman has been a member of the 10th Circuit’s Criminal Pattern Jury Instruction Committee and the American Bar Association’s Council of Appellate Lawyers.

An immigrant from Russia, Rossman graduated from the University of California Hastings College of the Law. She was editor in chief of the Constitutional Law Quarterly there. Her undergraduate degree from Columbia University is in comparative literature.

Senators Michael Bennet and John Hickenlooper signaled their support for Rossman’s nomination. “With over a decade of service as a federal public defender, Veronica will bring a wide breadth of experience and perspective to the 10th Circuit Court of Appeals,” the legislators said in a joint statement. “She is well-respected and trusted by her peers and colleagues, including those who have served with her as opposing counsel. We have no doubt that Veronica will serve with impartiality, honesty, and integrity, and we look forward to voting to confirm her nomination.”

If confirmed, Rossman would be the only judge on the 10th Circuit with experience as a public defender.

Biden also nominated Eunice Lee, an appellate lawyer with Federal Defenders of New York, for a slot on the 2nd U.S. Circuit Court of Appeals. Lee, who was an adjunct clinical professor at New York University School of Law for 16 years, would similarly be the only judge on that court with experience as a public defender.